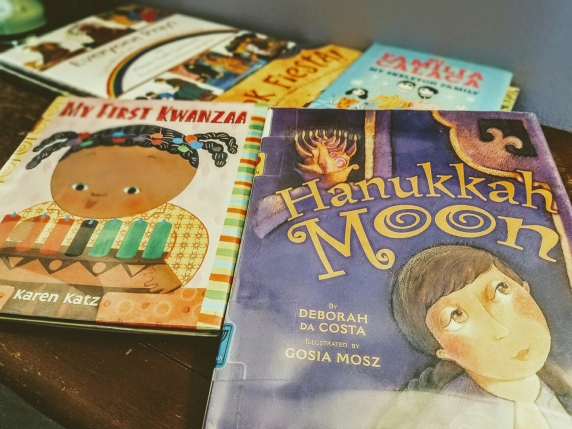 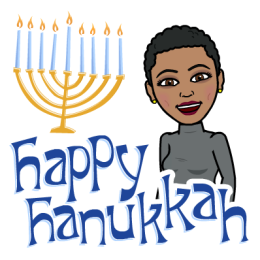 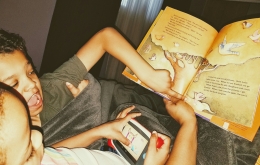 what is this odd entity? (not a dinosaur) 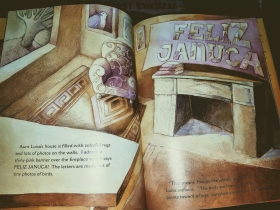 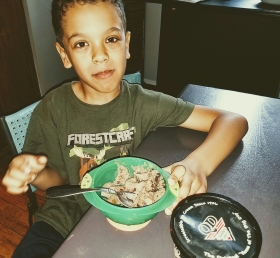 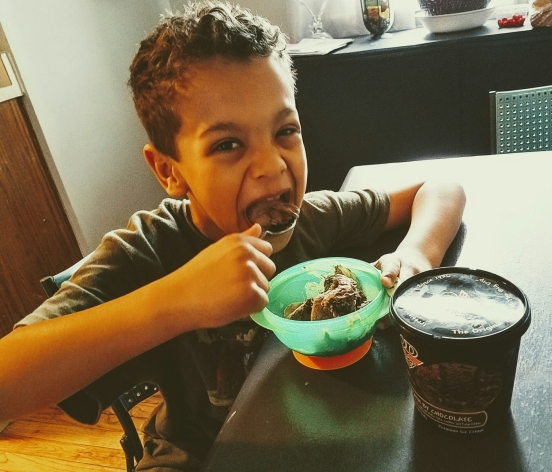 “chocolate death bite” for breakfast to sweeten the season! 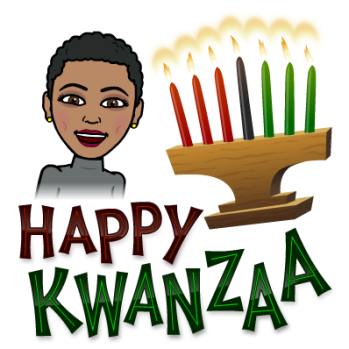 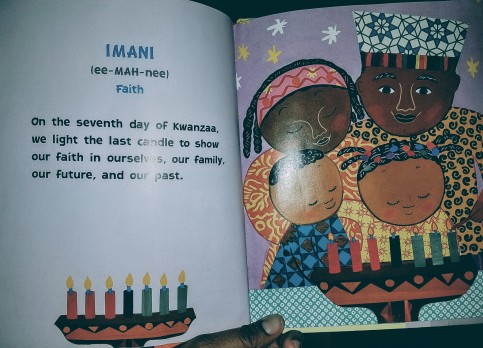 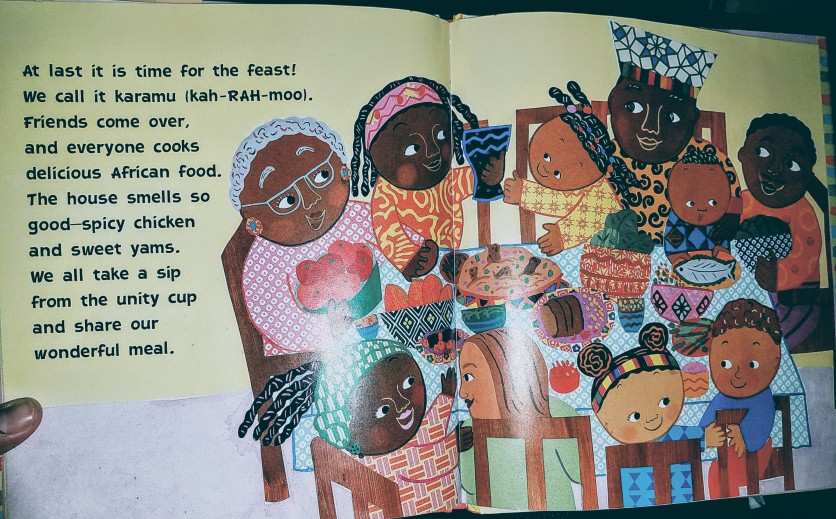 Long before I began studying the dharma, Christmas had lost its tinsely-sparkle. My interest and effort to participate waned as I became increasingly disheartened by the conflation of generosity with consumerism, of Jesus with Santa, of prayers with wish lists. Wedged between this fall’s incendiary election and the new year’s looming inauguration, these typically family-oriented holidays became the fallout zone of politically-endorsed hate and division that seemed only to escalate distortions of faith.  It further illuminated the problematic ideology of Christmas and its pervasive cultural narratives, which whitewash holidays in a Hallmark hue and subsequently generate carols of racist backlash that seeks to stake exclusive, rage-filled claim to the icons of comfort, joy, and holly-jolly cheer.

Letting go of Christmas has not only been a process of minimizing my participation in the “fanfare and frippery” of festivities for which I feel no personal connection. More than that, it has been a proclamation of both my commitment to center and uplift practices that make space for inclusive, inter-cultural understanding and my resistance to engaging in toxic cultural customs. Rather than occupying space as a mere bystander at a holiday gathering, I would prefer to cultivate “the enchantment” of the season through activities that bolster a lasting sense of goodwill, gratitude, and kinship with our community.

We’re a keep-life-simple-and-sweet kind of family in general and are just as vigilant in applying that rule to holidays (and birthdays). Our son has reached the age where he’s aware that our way of doing things doesn’t necessarily look the way that other families do things. When he makes observations to that point, we explain how our values/preferences are reflected in these choices. If met with a request to make adjustments, we often brainstorm fresh ways to expand our perspective and integrate his ideas.

For instance: When K commented that we never put up a tree and lights, I told him that his dad and I weren’t interested in accumulating seasonal knickknacks. Instead, I offered to help him decorate his room. Then…we watched the Just Christmas Baby episode of black-ish, and he adamantly quashed my suggestion! (So glad to have dodged that.) Decorations aside, we may watch a few holiday movies and listen to songs. But we’re far more likely to get enthused about having enough snowfall to go sledding than we do for unwrapping gifts.

Of course, K loves gifts as much as any kid and gleefully receives them from family members under the auspices of Christmas. But we’ve explained to him that we simply don’t make a big deal out of getting gifts that we can otherwise purchase on any given day (though my husband will take advantage of the sales season for things we’ve already had in mind for the household). And, like most parents, we hope our child will have a healthy appreciation for material possessions balanced with a practice of generosity, a commitment to simplicity, and (the struggle of all struggles) a capacity to let go of things that are no longer useful.

The question always is how to embody and integrate those values in our daily experiences; and, during special times of the year, how to creatively channel the energy of the holidays to bolster what’s most important to us.

K’s old enough to sincerely comprehend how and why we put these values into action. So we enjoyed a “giving back” family outing — crafting cards, drawing pictures, and donating food for holiday baskets that a local non-profit organization delivered to those in need. While this was not the first service project we’ve participated in, it was the first one connected to the holidays. And, it was truly heart-warming to know that we could add a little more light to someone else’s celebration.

However, on a deeply personal level, the holidays remained lackluster for me. Drawing on my son’s enthusiasm and curiosity, I reflected on my own heritage for a spark of inspiration. My matrilineal family is of Jewish ancestry, but the cultural and religious practices did not survive the three generations of intermarriage and border crossings that would produce such multi-ethnic, multicultural, multinational descendants of a matriarch who left Germany as a teen in 1880. So, unsurprisingly, Hanukkah was not at all a part of my family’s tradition. As for Kwanzaa, I have only vague memories of my mother wanting us to celebrate it when I was in junior high. It’s very likely that my siblings and I groaned and begrudgingly allowed her to drag us to a public event once. But we never adopted it in our home.

To see these traditions with fresh eyes and to show K that there are other ways to honor this season, we read books about Hanukkah and Kwanzaa. Both uplift principles can be integrated into lessons beyond what are intended to be these holy days of reflection on endings, beginnings, transformation, rebirth, renewal, and spiritual fortitude.

Hanukkah Moon illuminates the lesser-told Sephardic Jewish traditions as it focuses on a special evening that a young girl spends with her aunt, who has recently moved from Mexico. They sing the Dreidel Song  in English and Spanish, hang a dreidel-shaped pinata, and celebrate the luna nueva (new moon) at Hanukkah in which the faith of women in ancient story is highlighted (Rosh Hodesh). In her “author’s note” and glossary, da Costa provides a brief explanation of the settlement of Jews in Latin America as well as the significance of Hanukkah as the celebration of re-dedication of the Temple in Jerusalem.

My First Kwanzaa is a primer on the seven-day celebration of pan-African cultural pride that is now in its 50th year. Though it is not a religious alternative to Christmas, Kwanzaa prayers have been written and incorporated into faith-based services.

Written from the perspective of a little girl who is experiencing the festivities for the first time, Katz illustrates in bright bold splashes the seven principles of Kwanzaa: unity (umoja), self-determination (kujichagulia), collective work and responsibility (ujima), cooperative economics (ujamaa), purpose (nia), creativity (kuumba), and faith (imani). Each concept is presented as a “special idea” matched with activities to honor each day. For example, on the third day, friends and family plant flowers in their neighborhood to demonstrate “working together,” a kid-friendly interpretation of ujima or collective work. (What didn’t quite translate well for me was the depiction of self-determination, wherein little girl asked her mother to braid her hair in a “fancy African way.” This principle could have been simplified as “making choices for ourselves” and the example strengthened by more clearly illustrating that little girl had been given the chance to choose her own hairstyle.) Like da Costa, Katz also includes a pronuniciation key for the corresponding Swahili word and an author’s note that explains the history and purpose of Kwanzaa.

However we ultimately decide to observe the holidays next December, these two books offered ideas that our family can lift up, reimagine, and put into practice all year round.

A Brief History of Jews in Mexico
Kwanzaa 50 Years Later